Apache Spark - Best Practices and Tuning
Introduction
RDD
Don’t collect large RDDs
Don't use count() when you don't need to return the exact number of rows
Avoiding Shuffle "Less stage, run faster"
Picking the Right Operators
TreeReduce and TreeAggregate Demystified
When to use Broadcast variable
Joining a large and a small RDD
Joining a large and a medium size RDD
Dataframe
Joining a large and a small Dataset
Joining a large and a medium size Dataset
Storage
Use the Best Data Format
Cache Judiciously and use Checkpointing
Parallelism
Use the right level of parallelism
How to estimate the size of a Dataset
How to estimate the number of partitions, executor's and driver's params (YARN Cluster Mode)
Serialization and GC
Tuning Java Garbage Collection
Serialization
References
References
Powered by GitBook

RDD operations are compiled into a Direct Acyclic Graph of RDD objects, where each RDD points to the parent it depends on:

At shuffle boundaries, the DAG is partitioned into so-called stages that are going to be executed in order, as shown in next figure. The shuffle is Spark’s mechanism for re-distributing data so that it’s grouped differently across partitions. This typically involves copying data across executors and machines, making the shuffle a complex and costly operation.

Stages, tasks and shuffle writes and reads are concrete concepts that can be monitored from the Spark shell. The shell can be accessed from the driver node on port 4040.

It’s also useful to be aware of the cases in which the above transformations will not result in shuffles. Spark knows to avoid a shuffle when a previous transformation has already partitioned the data according to the same partitioner. Consider the following flow:

For example, if some Rdd has four partitions, someOther Rdd has two partitions, and both the reduceByKeysuse three partitions, the set of tasks that execute would look like:

What if rdd1 and rdd2 use different partitioners or use the default (hash) partitioner with different numbers partitions? In that case, only one of the rdds (the one with the fewer number of partitions) will need to be reshuffled for the join.

One way to avoid shuffles when joining two datasets is to take advantage of broadcast variables. When one of the datasets is small enough to fit in memory in a single executor, it can be loaded into a hash table on the driver and then broadcast to every executor. A map transformation can then reference the hash table to do lookups.

In general, avoiding shuffle will make your program run faster. All shuffle data must be written to disk and then transferred over the network. Each time that you generate a shuffling shall be generated a new stage. So between a stage and another one I have a shuffling.

When More Shuffles are Better

There is an occasional exception to the rule of minimizing the number of shuffles. An extra shuffle can be advantageous to performance when it increases parallelism. For example, if your data arrives in a few large unsplittable files, the partitioning dictated by the InputFormat might place large numbers of records in each partition, while not generating enough partitions to take advantage of all the available cores. In this case, invoking repartition with a high number of partitions (which will trigger a shuffle) after loading the data will allow the operations that come after it to leverage more of the cluster’s CPU.

Another instance of this exception can arise when using the reduce or aggregate action to aggregate data into the driver. When aggregating over a high number of partitions, the computation can quickly become bottlenecked on a single thread in the driver merging all the results together. To loosen the load on the driver, one can first use reduceByKey or aggregateByKey to carry out a round of distributed aggregation that divides the dataset into a smaller number of partitions. The values within each partition are merged with each other in parallel, before sending their results to the driver for a final round of aggregation. Take a look at treeReduce and treeAggregate for examples of how to do that. (Note that in 1.2, the most recent version at the time of this writing, these are marked as developer APIs, but SPARK-5430 seeks to add stable versions of them in core.)

This trick is especially useful when the aggregation is already grouped by a key. For example, consider an app that wants to count the occurrences of each word in a corpus and pull the results into the driver as a map. One approach, which can be accomplished with the aggregate action, is to compute a local map at each partition and then merge the maps at the driver. The alternative approach, which can be accomplished with aggregateByKey, is to perform the count in a fully distributed way, and then simply collectAsMap the results to the driver. 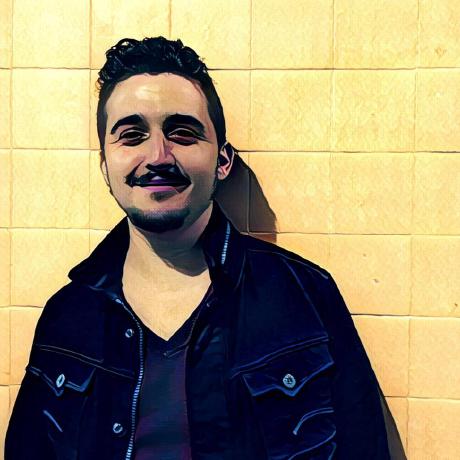